Content warning; this entry contains mentions of dissociation and the symptoms experienced during a dissociative episode.
* * *
Yesterday, I wrote the last word in the first draft of Vex’s story. Vex, or Vexis in full, is one of my alters, and they aren’t very kind. I’ve committed to getting to know them and learn their story, and it’s my hope that by showing them respect, they will become more favorable to us. As it stands now, they are a tormentor, for lack of a better word, and they trigger traumatic symptoms such as vivid scary imagery, nightmares, and hallucinations. They enjoy it for the most part. I wanted to learn why.

I don’t remember much from the past few days due to being in a dissociative state, but I started writing Vex’s story on Saturday. There’s something about them that brings out the creativity in me, but also many questions I’m afraid to know the answers to. I feel they hold the answer to the true sources of my traumas — things I can’t possibly remember since my first trauma was a near-death experience as an infant in the first month of my life. I’ve often wondered if I brought something back with me, or if something else happened there.

There is a lot of symbolism in Vex’s story that was both creative choice and subconscious information while dissociating. Some of it may read like ‘word salad,’ a term one of my friends uses for moments of highly symptomatic psychotic symptoms that causes wording to become muddled and, sometimes, incomprehensible. Of course, writing while dissociating and experiencing intense physical symptoms of anxiety on top of it would bring out the word salad, although I tried to tame it to something understandable.

At times, especially in those altered states where I’m not entirely present or aware of myself or my surroundings, words will come from me that I wouldn’t have normally written otherwise. Sometimes I’ll just struggle and come up with nothing, too. This time, it was a bit of both, and the story needs a lot of work, but the skeleton is there.

Even thinking about it brings on the physical symptoms of anxiety and dissociation. Maybe it was a bad idea to write half of it in first person, from Vex’s point of view, and the other half in third person. The dissociation could have been them struggling to co-front or just me being triggered by the content, but I fought it every step of the way.

When I dissociate, which involves anxiety along with it, I experience physical symptoms that most would find extremely uncomfortable and worrisome. On the surface of my skin, usually from my face down to the tips of my fingers, I will feel an odd unwell and tingly feeling. Sometimes it’s like being fuzzy or very light static. It feels both hot and cold like icy hot, and I get bursts of adrenaline in small pulses, exacerbating what my body is feeling. I begin to feel faint, or like reality is fading. My thoughts become word salad and I try to keep a grip on reality and not go into a full-blown panic attack.

Over the years, my symptoms have changed as I got older, and they seem to be different every year. This year, they’re somewhat new in their intensity, and they involve tension that causes me to worry if it’s a pre-stress seizure or something. (Likely not, I’ve never been told I’m at risk for seizures, nor has any test found the possibility throughout my life.) Either way, the similarities stay, which is the disconnection from reality that can only be described as something like astral projecting while awake.

Regardless of the symptoms, I pushed through. This was at the cost of some quality of the story, but I needed to get it out. There were set rules as well, on Vex’s terms, to take no preliminary notes except for a brief idea for a chapter subject, there were to be no formal chapters created in Scrivener but pre-created documents I could switch between in full screen mode, which is when the editor basically fills your entire screen for no distractions, giving you minimal options to mess with except for to move between documents and other small things on a disappearing bottom bar. It was to unfold as it naturally came, although I fought it a few times.

The writer in me kept wanting to steer it in the direction of a proper novel, and I kept glancing at the word count after each session when I closed the full-screen editor. That was another rule. No word count focus. Fuck wordcounts. Fuck genres. This isn’t a typical story and it’s not meant to be. The rules don’t apply because this is ultimately for us and to explore Vex and who they are. This isn’t being written for submission or for any other purpose. If it eventually fits that, which I am hoping, adjustments can be made later.

I wanted to be as raw and true to Vex as I could be, but too much is still unknown. I still fight off any presence they want to have, even if I don’t think I am. Part of me considered letting them take control to write, and I’m sure they did a few times when writing in first person. I definitely had to take some creative license with scenes and go with my gut based on what I knew of Vex thus far.

Reading it back, it looks like a joint effort. You can tell near the end I became extremely exhausted mentally from the dissociative state, and that’s where the word salad came in. As much as I am extremely curious to explore this story more, I equally wanted to be done with it. It’s been one of the hardest stories I’ve tried to write. Nothing in it feels good. There is no comedic relief. It is a raw horror with a near-death experience, as well as an unnerving undertone of the reader — and even me — not being entirely sure of what’s happening.

I’m going to work with it more eventually. I’ll fix any inconsistencies for now because there are a few, which is the cost of writing on impulse. Especially when you’re discovering who someone is for the first time, and your thoughts become intermingled. Part of me was trying to test theories while writing, the other, Vex, was trying to inform.

It’s been an experience for sure.
©2021 Shane Blackheart
Labels: Strange Reality 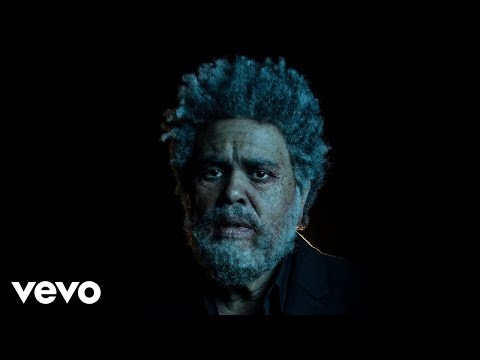